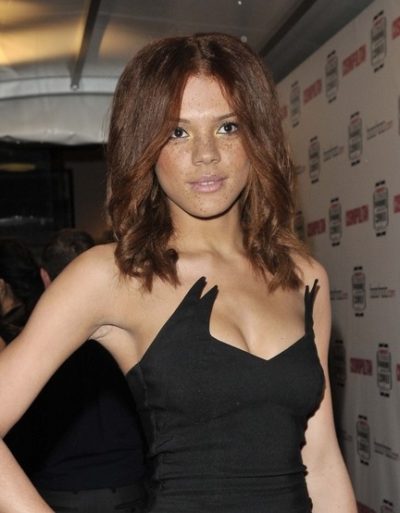 Jade Thompson is a British model. She is known for being the winner of Britain & Ireland’s Next Top Model.

My dad’s black and his family are from Jamaica so I’m mixed race, but my ginger hair is from my nan. I have three older brothers, one is paler than me with a blond afro and the others have much darker skin than me, so we’re a real mix of genes.