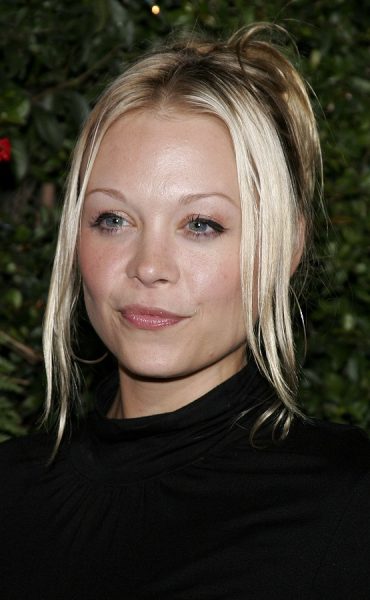 Holden in 2005, photo by Starfrenzy/Bigstock.com

Alexandra Holden is an American actress. She is known for her roles on the show Friends, and in the films Drop Dead Gorgeous, Sugar & Spice, and Dead End (2003), and the mini-series Uprising (2001), among many other works.

Alexandra is the daughter of Kristi and Barry Holden.

Alexandra’s maternal grandfather was The Rev. Clifford John Swanson (the son of Algot William Swanson and Esther Emelia Johnson). The Rev. Clifford was born in Cannon Falls, Minnesota, and was a Lutheran chaplain. Algot was the son of John Swanson, who was Swedish, and of Mathilda Emma Peters, who was born in Iowa, to Swedish parents. Esther was the daughter of Alfred Johnson and Christine Lindblom, who were Swedish emigrants, from Östergötland and Kronoberg, respectively.

Alexandra’s maternal grandmother was June Delores Anderson (the daughter of John Lenord Anderson and Sarah Eliza Warfield). June was born in Plankinton, South Dakota. John was the son of Nels Anderson and Mathilda Johnson, who were from Hallan Lon, Sweden. Sarah was the daughter of Oscar Warfield, who was from New York, and of Elizabeth Sprague, who was from Wisconsin. Sarah had deep lines in the U.S., with predominantly English, and distant Scottish and Irish, ancestry.