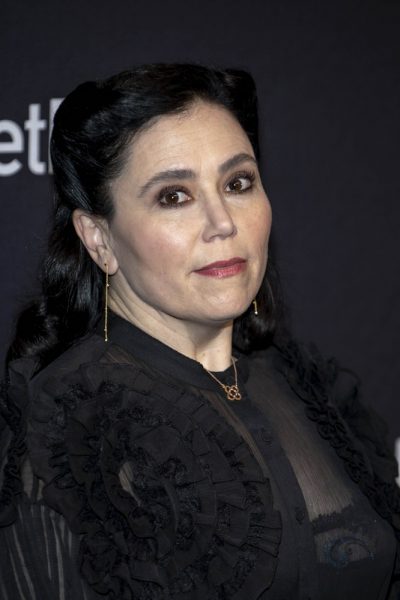 Alex Borstein is an American actress, writer, producer, and comedian. She is known for her many voice roles, including Family Guy, ParaNorman, and Queen Machina in Power Rangers Zeo, and for the sketch show MADtv.

She is the daughter of Judith and Irving J. Borstein, who are mental health professionals.

Her paternal grandparents were Polish Jewish/Russian Jewish immigrants, and her father was born in Atlanta, Georgia, where he was raised Orthodox Jewish.

Her mother was born in Budapest, Hungary, to a Jewish family from Hungary and Serbia. She is a Holocaust survivor. She moved to the United States after the Hungarian Revolution of 1956.

Alex has two children with her former husband, actor and writer Jackson Douglas.

Alex’s maternal grandmother was Vera Winternitz (the daughter of Dezsö Winternitz and Gizella Lakner/Laquer). Dezsö was born in Subotica, Serbia. Gizella was born in Pest County, Hungary. Dezsö and Gizella were killed in the Holocaust, in Auschwitz. Alex dedicated her 2019 Emmy Award win to her grandmother, who survived the Holocaust. Alex stated, “My grandmother turned to a guard, she was in line to be shot into a pit and she said, ‘What happens if I step out of line?’ and he said, ‘I don’t have the heart to shoot you, but somebody will’ and she stepped out of line.”

Alex has stated that her heritage is “Hungarian-Mongolian,” evidently coming from her maternal grandmother. Alex’s grandmother Vera Winternitz was the granddaughter of Zsigmond Winternitz and Netti Weitzenfeld on her father’s side, and of László Lakner and Johanna Wachs on her mother’s side. It does not appear that any of them were Mongolian.

Sources: Genealogy of Alex Borstein (focusing on her mother’s side) – http://www.geni.com