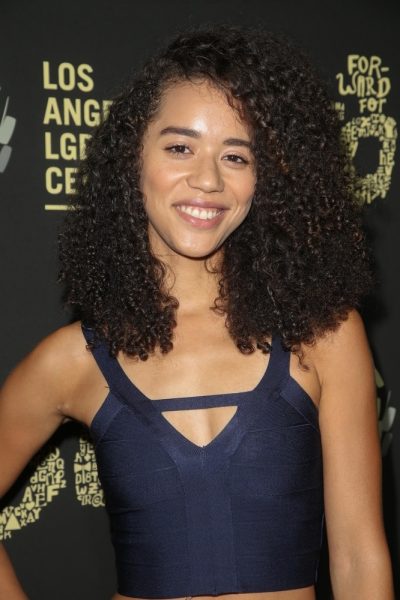 Jasmin Savoy Brown is an American actress. She is known for her roles on the series The Leftovers, For the People, and Yellowjackets, and in the films Sound of Violence and Scream (2022).

I grew up in Springfield, Oregon, which is primarily Caucasian. I was raised by my white mom by herself. She did a wonderful job, but it wasn’t really until I moved to LA that I realized I didn’t even identify with my blackness. And that’s been a whole part of my acting journey and my internal journey up until right now, even. I’m still understanding more about who I am.

Jasmin’s maternal grandfather was Wayne Francis Brown (the son of Arthur Homer Brown and Martha Jean Rarey). Wayne was born in Oregon. Arthur was born in Iowa, the son of Zenas Imla Brown and Lora Amanda McClintic. Martha was born in Indiana, the daughter of William Phillip Rarey and Mary Estelle Swain.