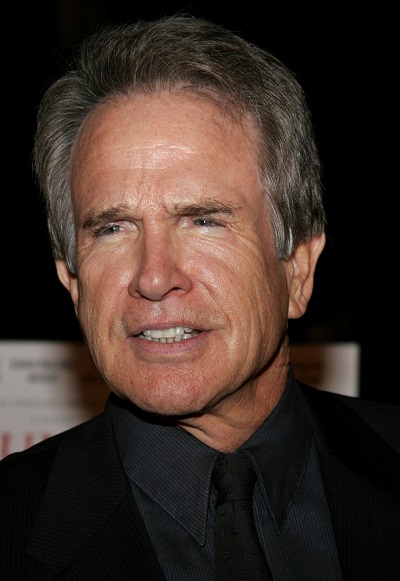 Warren Beatty is an American actor, screenwriter, director, and producer. He won the Academy Award for Best Director for Reds (1981). His starring roles also include Splendor in the Grass, Bonnie and Clyde, The Parallax View, Bugsy, Love Affair, Heaven Can Wait (which he co-directed), and Dick Tracy (which he directed).

Warren is the son of Kathlyn Corinne (MacLean) and Ira Owens Beaty. He is the brother of actress Shirley MacLaine. Warren is married to actress Annette Bening, with whom he has four children.

His father was American, born in Front Royal, Warren, Virginia, and his mother was Canadian, born on North Sydney, Cape Breton, Nova Scotia. His maternal uncle, by marriage, was Canadian Labor-Progressive politician A. A. MacLeod (Alexander Albert MacLeod).

Warren’s paternal grandfather was William Welton Beaty (the son of Henry Warren Beaty and Mary Lavinia/Lavina Pomeroy). William was born in Warren County, Virginia. Henry was the son of William A. Beaty and Elmira A. Edmonds. Mary was the daughter of William Montgomery Pomeroy and Lucinda Beaty.

Warren’s paternal grandmother was Ada/Ida Virginia Partlow (the daughter of Burrell Taylor Partlow and Ruth Valonia/Valey Updike). Ada was born in Rappahannock County, Virginia. Burrell was the son of William Dollins Partlow and Margaret Gore. Ruth was the daughter of Daniel Updike and Nellie/Penelope Johnson.

Warren’s maternal grandmother was Blanche Lehigh (the daughter of Franklin Metcalfe/Metcalf Lehigh/Leehy and Frances/Fanny Richards). Blanche was born in Frankville, Ontario, Canada. Franklin was the son of Gideon Lehigh/Leahy/Leehy and Clarissa/Clarrisa/Clara Kilbourn/Killborn/Kilborn/Kilbourne, whose parents were American, from Litchfield, Litchfield Co., Connecticut. Frances was born in Ireland, to a Protestant family.

Genealogy of Warren Beatty (focusing on his father’s side) – https://www.geni.com

Genealogy of Warren Beatty (focusing on his mother’s side) – http://worldconnect.rootsweb.ancestry.com