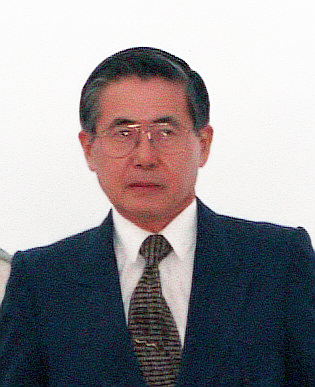 Alberto Fujimori is a Peruvian politician. He was the President of Peru, from 28 July, 1990 to 22 November, 2000. His parents, Naoichi (Minami) Fujimori and Mutsue (Inomoto) Fujimori, were Japanese emigrants, from Kumamoto. His father was adopted by Kintaro Fujimori.

Alberto is married to Satomi Kataoka. He was previously married to politician and engineer Susana Higuchi, with whom he has four children, including politicians Keiko Fujimori and Kenji Fujimori.

Some sources say that Alberto’s middle name is Kenya, and his maternal family name is Inomoto. However, his birth record shows that his birth name is Alberto Fujimori Fujimori.