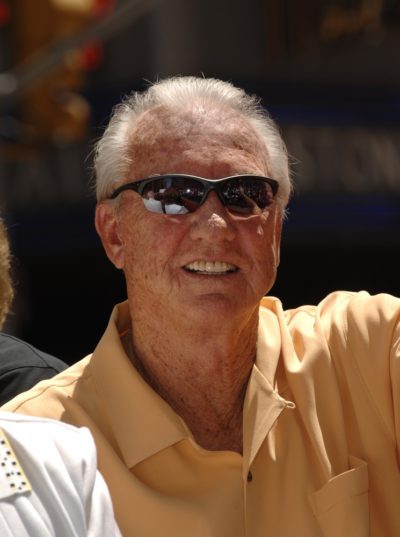 Al Kaline was an American professional baseball player. He was a right fielder, who played 22 seasons in Major League Baseball (MLB) for the Detroit Tigers. He was nicknamed “Mr. Tiger.”

Al was the son of Naomi and Nicholas Kaline. He was married to Madge Louise Hamilton, until his death, with whom he has two children. Their grandson is Colin Kaline, a baseball player and coach.

Al’s maternal grandmother was Nannie Wehrhahn (the daughter of Edward Henry August Wehrhahn and Katherine Weber). Nannie was born in Maryland, to a German father and an American-born mother. Katherine was the daughter of Georg Jacob Weber and Maria Gertrude Fleck, who were German immigrants.