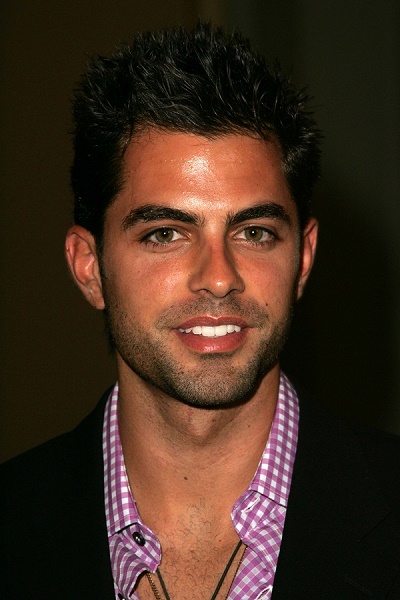 Bellani in 2006, photo by s_bukley/Bigstock.com

Adrian Bellani is an American actor.

His parents are from El Salvador.

Adrian’s maternal grandmother was Lolly Meza Hill (the daughter of Manuel Meza Ayau Bernal and Alicia Hill Bernal). Manuel was the son of Rafael Meza Ayau, who was born in Guatemala, and of Ángela Bernal Barraza. A picture of Rafael and Ángela can be seen here. Adrian’s five times great-grandfather, Pedro Vicente Ayau Esmiol, was French, from Denain. Adrian’s great-grandmother Alicia Hill was the daughter of James Hill, who was English, and had founded a prominent coffee business in El Salvador, starting with Las Tres Puertas; and of Dolores Bernal Nájera.

Sources: Genealogy of Adrian Bellani (focusing on his mother’s side) – https://www.geni.com

Genealogy of Adrian’s maternal grandfather, Roberto Palomo Salazar (focusing on his own mother’s side) – https://www.geni.com