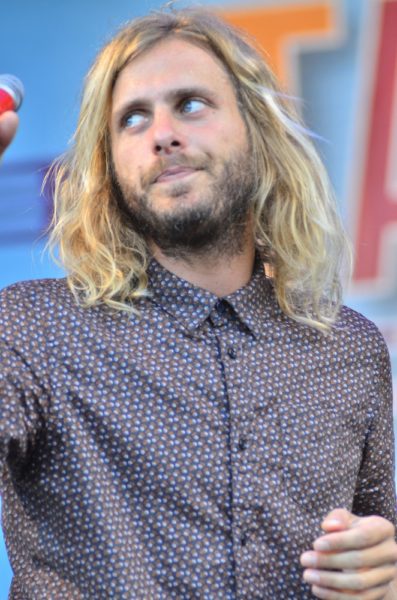 Aaron Bruno is an American singer, songwriter, musician, and multi-instrumentalist. He is the lead singer of the band Awolnation. He is a former member of bands Under the Influence of Giants and Home Town Hero.

Aaron is married to Erin.

Aaron’s paternal grandfather was Vincent R. Bruno (the son of Anthony Bruno and Clara Lopristi/Lapresti/Lo Presti). Vincent was born in Ohio, to Italian parents. Anthony was born in Sant’Agata, in Sicily or Calabria, the son of Joseph Bruno. Clara was the daughter of Basil Lapresti/Lopresti and Rosolia Carpo, who were from St. Agata.

Aaron’s paternal grandmother was Domenica Mae “Mamie” Tuso (the daughter of Joseph Tuso and Jennie Masi). Domenica was born in Illinois. Joseph was from Caccamo, Sicily. Jennie was from Villafrati, Sicily.