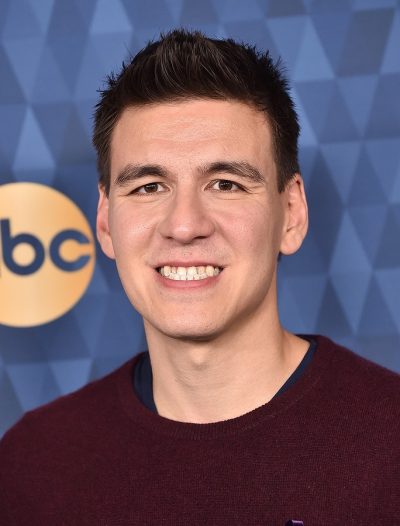 James Holzhauer is an American game show contestant and professional sports gambler. He is known for his run on Jeopardy!, where he holds the record for fourth-most number of consecutive games won, 32, for winning the second-highest amount of prize money in regular-season play, and the entire top ten records for most money won per single game in regular-play. James also won the 2019 Tournament of Champions.

His father, Juergen Holzhauer, is a German immigrant. His mother, Nachiko Ide, is Japanese. He is married to Melissa, with whom he has one child.