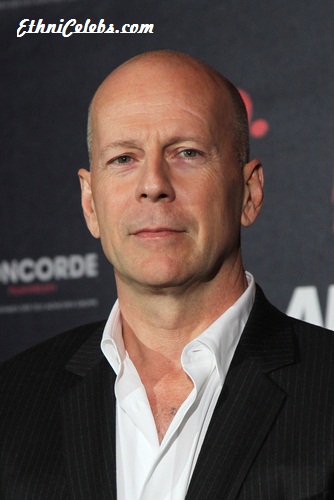 Bruce Willis is an American actor, producer, and singer.

He was born in Idar-Oberstein, Rhineland-Palatinate, West Germany (now Germany), to an American soldier, David Andrew Willis, and a German mother, Marlene. Bruce’s father’s ancestry was English, with some Dutch, French, Welsh, and Irish. Bruce moved to the U.S. at the age of two, settling in Carneys Point, New Jersey, where his father was from.

Bruce has five children, two with his wife, British model and actress Emma Heming, and three, including actress Rumer Willis, with his former wife, actress, model, and filmmaker Demi Moore.

Sources: Genealogies of Bruce Willis (focusing on his father’s side) – http://worldconnect.rootsweb.ancestry.com
http://gw.geneanet.org
https://www.geni.com