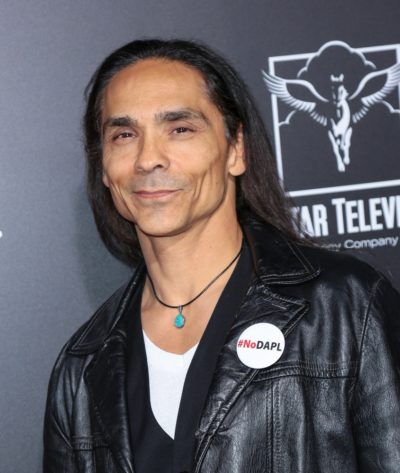 Zahn McClarnon is an American actor. He is known for his role in the film Doctor Sleep. Zahn is the son of Loretta and Gerald McClarnon, who worked for Glacier National Park.

His first name Zahn is in honor of his maternal great-great-uncle, Frank B. “Frances” Zahn, an artist and Lakota elder of Standing Rock Indian Reservation.

Zahn’s paternal grandfather was Robert James McClarnon (the son of George Washington McClarnon and Ida Mae Moore). George was the son of James McClarnon, who was born in Ireland, and of Susannah Fisk. Ida was the daughter of Robert Segal Moore and Rosa Belle Anderson.

Zahn’s paternal grandmother was Gertrude Walczak (the daughter of Albert/Bert Walczak and Agnes Henchel). Gertrude was born in Wisconsin, to Polish parents.

Zahn’s maternal grandfather was Alvin Henry Jordan (the son of John Jordan and Clara Marie Zahn). John was the son of Arnold Jordan, a German immigrant, and of Annie Four Winds, a Sihasapa Lakota woman. Clara was the daughter of William Presley Zahn, who had German ancestry, and of Kezewin/Josephine Mary Flying Cloud, the daughter of Hunkpapa Chief Flying Cloud.

Genealogy of Zahn’s paternal grandfather, Robert James McClarnon (focusing on his own father’s side) – https://www.sargentrivia.com