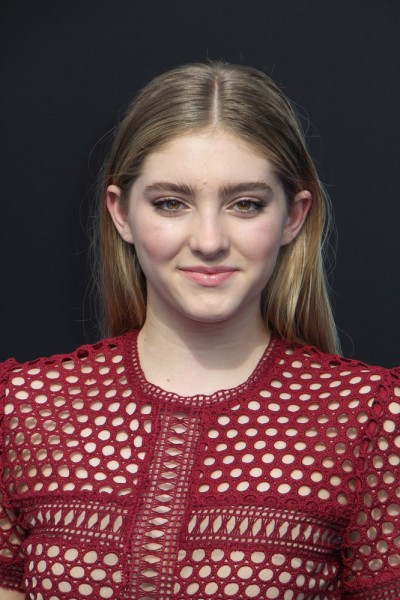 Shields in 2015, photo by Prphotos

Willow Shields is an American actress.

Willow’s paternal grandfather was William Allen Shields (the son of Herschel Shields and Helen Wilhelmina Malmstrom). William was born in Illinois. Herschel was the son of William T. Shields and Cynthia Brosman. Helen was the daughter of Swedish parents, Charles/Carl Richard Malmstrom and Sophia/Sophie W. Carlson.

Willow’s paternal grandmother was Lolita Mary Kostanski (the daughter of Joseph E. Kostanski and Eugenia/Eugenie Adamkiewicz). Lolita was born in Illinois. Joseph was evidently born Julius Cohen, the biological son of Julius Gains/Gaines and Annie/Anna Cohen, who was born in Hungary, and was likely Jewish. Eugenia was the daughter of Polish parents, Stanley/Stanislaus Adamkiewicz/Adamkevicez, from Sulmierzyce, Posen, and Victoria Kubicki/Kubicka.