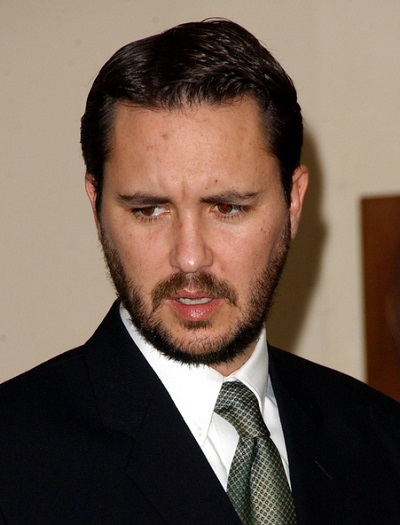 Wheaton in 2009, photo by PrPhotos

Wil Wheaton is an American actor, writer, and blogger. His roles include Star Trek: The Next Generation, Stand by Me, and The Curse.

His maternal grandmother was born in Panama, and Wil’s matrilineal great-grandmother was Sephardi Jewish. Wil’s other ancestry is English, Irish, Welsh, German, French, and possibly distant Dutch. Wil is married to Anne Prince, and has adopted one of her sons.

Wil’s paternal grandfather was Richard William Wheaton (the son of Donald Ulysses Wheaton and Mary Frances Ostrander). Richard was born in California. Donald was the son of George Seldon/Sheldon Wheaton and Nellie May Smith/Renchler. Mary Frances was the daughter of Henry Milton Ostrander and Ruhama/Ruhamah Howard Wood.

Wil’s maternal grandmother was Norma Aleene Farrington (the daughter of Edwin Flavel Kortright Farrington and Daphne Pretto Silvera). Norma was born in Colón, Panama. Edwin was also born in Panama, which was then part of Colombia, the son of Edwin F. Farrington and Emily Dyett; Edwin had English and French ancestry, and Montserratian-born ancestors. Wil’s matrilineal great-grandmother Daphne was born in Kingston, Jamaica, the daughter of Theodore Edward Silvera and Deborah Pretto, who were Sephardi Jews. Theodore was born in Jamaica, the son of Alexis Silvera and Caroline Aarons/Ahrens/Ahrnes. Wil’s matrilineal great-great-grandmother Deborah was born in St. Thomas, then in the Danish Virgin Islands, the daughter of Abraham Elias Pretto and Rachel Pretto Henriquez. Wil’s Sephardi Jewish family includes Dutch Jewish and Portuguese Jewish ancestors.

Genealogy of Wil Wheaton (focusing on his father’s side) – http://freepages.genealogy.rootsweb.ancestry.com