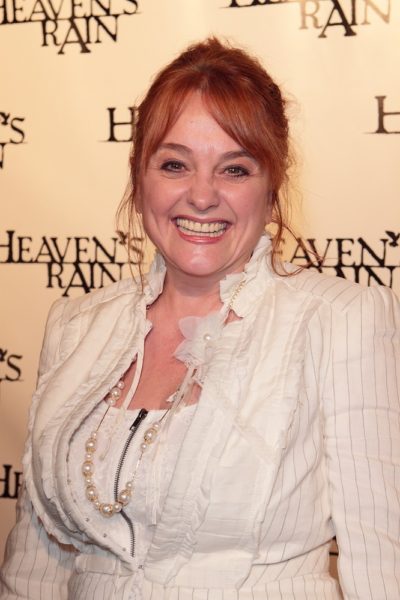 Julie is the daughter of Celia and Leonard Brown. Her parents both worked for NBC TV. She has a son with her former husband Ken Rathgen.

Julie’s paternal grandfather was Leonard Mowry Brown (the son of Mowry Charles Brown and Esther Bell Williams). Leonard was born in Illinois. Julie’s great-grandfather Mowry was the son of Charles Egbert Brown and Frances Mary Burritt. Esther was of Cornish descent, and was the daughter of William W. Williams and Rosina Edwards.

Julie’s paternal grandmother was Madeline Juliana O’Connor (the daughter of Frank/Francis Leo O’Connor and Susan C. Gay). Frank O’Connor was an actor and director in the early 1900s. He was of Irish origin, and was the son of John O’Connor and Julia O’Dwyer/Dwyer. Susan was the daughter of William Gay, who was born in New York, to German parents.