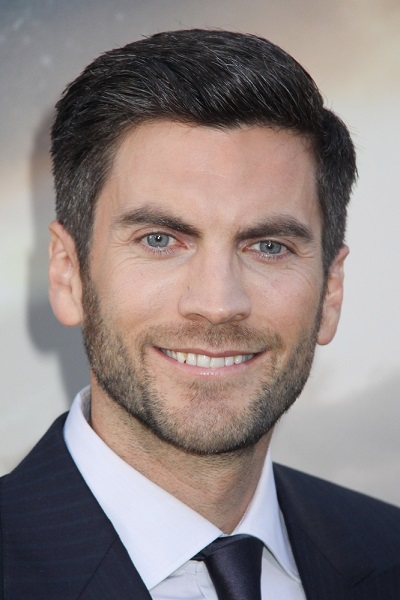 Wes Bentley is an American actor. His roles include the films American Beauty, The Claim, Soul Survivors, Ghost Rider, P2, Dolan’s Cadillac, The Hunger Games, and Interstellar, and the show Yellowstone, among others.

His family is Methodist. His father is a minister, and his mother is a chaplain and ordained elder. He was raised in Little Rock, Arkansas. Wes is married to producer Jacqui Swedberg, with whom he has two children.

Wes’s paternal grandfather is Robert David Bentley (the son of Edward Robert Bentley and Mildred Elsie Finch). Robert was born in Arkansas. Edward was the son of Robert Montresser Bentley and Anniss L. Bizzell. Mildred was the daughter of Earl Andrew Finch and Della Wilson.

Wes’s paternal grandmother was Alta Geneva Stecks (the daughter of William Henry Stecks and Ruth McKenzie). William was of German descent, the son of Carl Gustave Stecks and Elizabeth Wilhelmina Pauline Bock. Ruth was the daughter of Miles McKenzie and Lucy Emma Miller.

Wes’s maternal grandfather was Billy Gene Fowler Cook (the son of B. Marvin Cook and Lucille Margaret Fowler). Billy was born in Arkansas. Marvin was the son of Alfred Cook and Celestia Malissa Leslie Lizzie Grimes. Lucille was the daughter of John Samuel Fowler, Jr. and Emma Elizabeth “Bessie” Robertson.