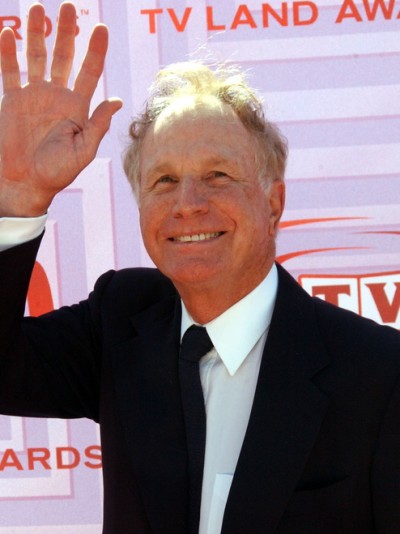 Wayne Rogers was an American actor. He is known for playing Captain “Trapper” John McIntyre in the television series M*A*S*H.

Wayne was the son of Lydia (Eustis) and William McMillan Rogers II. His father had Irish, English, and Scots-Irish (Northern Irish), ancestry. His maternal grandfather was of one quarter British Isles/English, one quarter Cuban (with Catalan and Spanish ancestry), as well as French and Spanish, descent. His maternal grandmother was of English, Scottish, Welsh, and distant French Huguenot, descent.

Wayne was married to Amy Hirsh, until his death. He had two children with his former wife, actress Mitzi McWhorter.

Wayne’s paternal grandfather was William McMillan Rogers (the son of Joel Rogers and Madeline McMillan). Joel was the son of John Rogers, who had Irish ancestry, and of Mary Weston. Madeline was the daughter of John McMillan, who was Irish, and of Mary.

Wayne’s maternal grandfather was George Patrick Eustis (the son of Allain Eustis and Anais de Sentimanot/Sentmanat). Allain was the son of George Eustis, Sr., who was born in Boston, Massachusetts, and had English ancestry, and of Clarissa Allain, who was born in New Orleans. Anais was the daughter of Francisco de Sentmenat/Sentmanat y Zayas, who was born in Havana, Cuba, of Catalan and Spanish descent (his own father was Catalan), and of Maria/Marie Rosa/Rose Philippe de Marigny de Mandeville, who had French and Spanish ancestry. The book The River People in Flood Time: The Civil Wars in Tabasco, Spoiler of Empires, 2014, by Terry Rugeley, states that Francisco’s “father was a Valencian named Ramón de Sentmanat y Copóns, a brigadier of the Royal Army; Don Ramón married one María Ignacia de Zayas y Chacón, a Cuban creole.[Francisco’s mother]”

Wayne’s maternal grandmother was Loula Gray Jordan (the daughter of Fleming Jordan and Julia Janette Sadler). Fleming was the son of Mortimer Harvie Jordan and Lucy Scott Gray. Julia was the daughter of Allious Turner Sadler and Caroline Martha Owen.

Wayne’s great-grandfather Allain Eustis’ brothers were James B. Eustis (James Biddle Eustis), a Democratic politician who served as a U.S. Senator from Louisiana, from January 12, 1876 to March 4, 1879, and George Eustis, Jr., a lawyer and politician, who served as a member of the U.S. House of Representatives from Louisiana, as a member of the American Party. Wayne’s great-great-grandfather George Eustis, Sr. was a lawyer, who served as Chief Justice of the Louisiana Supreme Court in 1838.

Genealogy of Wayne’s mother (focusing on her mother’s side) – http://wc.rootsweb.ancestry.com

Genealogy of Wayne’s maternal grandfather, George Patrick Eustis (focusing on his own mother’s side) – http://www.raymondjohnson.net