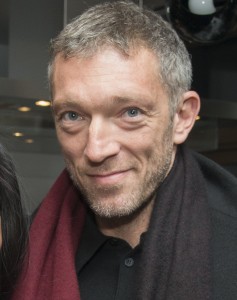 Vincent Cassel is a French actor. He is known to English-speaking audiences through his film performances in Ocean’s Twelve and Ocean’s Thirteen, as well as Black Swan.

He is the son of journalist Sabine Litique and actor Jean-Pierre Cassel (born Jean-Pierre Crochon). His brother Mathias is a rapper, with the group Assassin, under the name “Rockin’ Squat,” and his half-sister is Cécile Cassel, an actress, and singer under the name Hollysiz.

Vincent is married to model Tina Kunakey. He has two children with his former wife, Italian model and actress Monica Bellucci; and a daughter with Tina. Beside his native French, Cassel speaks English, Portuguese, Italian, and basic conversational Russian, which he learned for his role in Eastern Promises.

Vincent’s father was born with the surname Crochon, and took Cassel as a stage name.

Genealogy of Vincent Cassel (focusing on his father’s side) – http://geneall.net