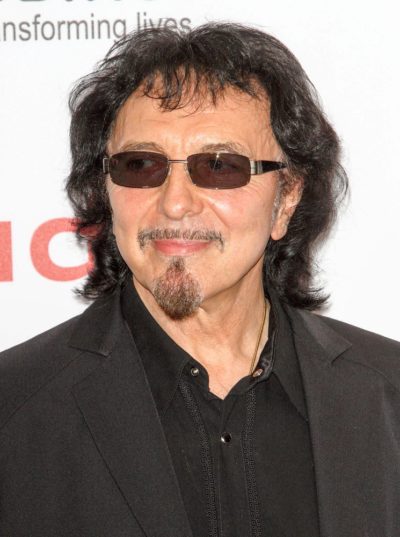 Tony Iommi is a British musician, songwriter, producer, and writer. He is the lead guitarist of the rock band Black Sabbath. Other members of the band are Geezer Butler and Ozzy Osbourne.

Tony is the son of Maria Sylvia (Baciocchi) and Anthony Iommi. His father was born in England, or in Brazil, to Italian parents from the Province of Frosinone, Lazio. His mother was born in Palermo, Sicily, Italy. Tony was brought up in a Catholic household.

In his book Iron Man: My Journey through Heaven and Hell with Black Sabbath, 2011, Tony wrote “I think my nan [paternal grandmother] was from Brazil.” If this is the case, it is still possible that Tony’s paternal grandmother was of Italian descent.