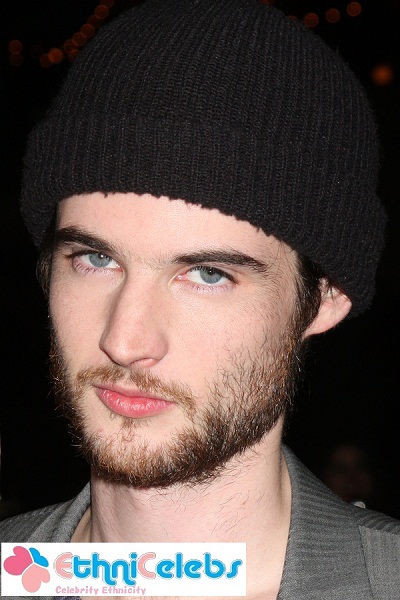 Sturridge in 2011, image via kathclick/Bigstock.com

Ethnicity: English, and some Scottish, Northern Irish, and Irish

Tom Sturridge is an English actor. His roles include the films The Boat That Rocked, On the Road, Far from the Madding Crowd (2014), and Mary Shelley (2017). He is the son of director Charles Sturridge (Charles B. G. Sturridge) and actress Phoebe Nicholls (Sarah Phoebe Nicholls). He has a daughter with his former partner, actress Sienna Miller.

Tom’s Sturridge line traces back to Benjamin Sturridge, who was born in Lyncombe, Somerset, England, in 1806, and died in Jamaica. Tom has English, as well as Scottish, Northern Irish, and Irish ancestry. Many of Tom’s paternal grandfather’s ancestors lived in Jamaica, and some were born there.

Tom’s paternal grandfather was Jerome Francis Sturridge (the son of Francis Alexander Leslie Sturridge and Helen Marie Tucker). Jerome was born in Willesden, Middlesex, England. Francis was the son of Ernest Sturridge and Margaret D. Laidlaw. Helen was born in Philadelphia, U.S., and had English, Northern Irish, and Irish ancestry; she was the daughter of Peter Joseph Tucker and Agnes Gertrude Kelly.

Tom’s paternal grandmother was Alyson/Alison Patricia Burke (the daughter of Albert Patrick Burke and Dorothy Whitehead). Alyson was born in Wharfedale, Yorkshire, England. Albert was the son of William Christopher Burke. Dorothy was the daughter of Henry Whitehead and Alice Mawson.

Tom’s maternal grandfather was actor Sydney/Sidney Horace Nicholls (the son of Horace Walter Nicholls and Florence Holderness). Sydney was born in Windsor, Berkshire. Horace was a photojournalist, and the son of Arthur N. Nicholls and Charlotte Maria Johnson. Florence was the daughter of George Holderness and Jane Hurrell.

Genealogy of Tom’s paternal great-grandfather, Francis Alexander Sturridge (focusing on his own father’s side) – http://records.ancestry.com