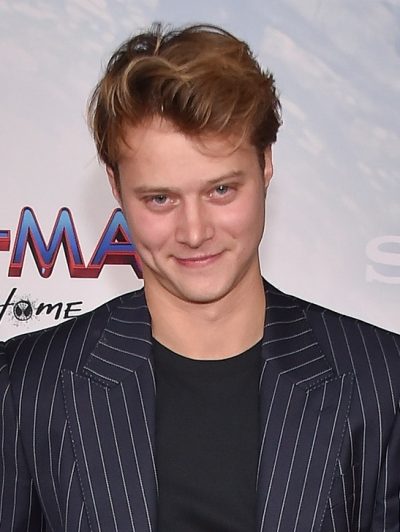 Rudy Pankow is an American actor. His roles include the film Uncharted and the show Outer Banks.

Rudy’s paternal grandfather was Richard Karl Pankow (the son of Erdmann/Erdman Paul Pankow and Katherine Helen Schwartz). Richard was born in Green Lake, Wisconsin. Erdmann was the son of Albert Pankow, whose parents were German, from Prussia, and of Marie Martha Kretzschmar, a German emigrant, from Saxony. Katherine was the daughter of John Schwartz, who was born in Ontario, Canada, to German parents; and of Katharina Kraft, who was born in Ohio, to German parents, from Darmstadt, Hessen.

Rudy’s maternal grandfather is Allan Dennis Pedersen (the son of Lester Daniel Pedersen and Thelma F. Dennis). Allan was born in Nebraska. Lester was the son of Niels F. Pedersen, a Danish emigrant, from Kollund, and of Maren “Minnie” Jensen, who was the daughter of Danish parents, from Hjørring. Thelma was the daughter of Clayton Gearhart Dennis and Jennie O. Steen, and had deeper roots in the U.S.

Rudy’s maternal grandmother is Cecelia/Cecilia Helena Harris (the daughter of Clifford Niles Harris and Jeanette/Jean Elizabeth Bessel). Cecelia is Ashkenazi Jewish. Clifford was the son of Elmer D. Harris and Lillie/Lillian Gergon/Gergan, or of Edward Harris and Bertha Gurcal. Jeanette was the daughter of Morris/Maurice Bessel, who was born in the Russian Empire, and of Celia Helena Greenwald, who was from Hungary.