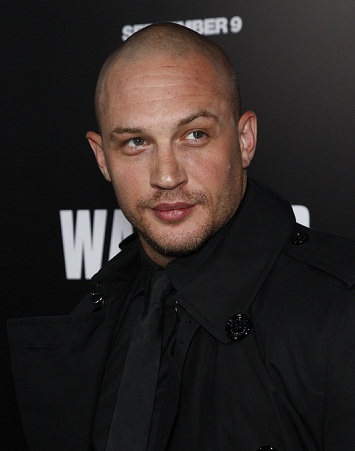 Hardy in 2011, photo by Joe Seer/Bigstock.com

Tom Hardy is an English actor, screenwriter, and producer. His roles include The Dark Knight Rises, Locke, The Revenant, Mad Max: Fury Road, and the Venom films, among many others. He is the son of Anne, a painter, and Edward “Chips” Hardy, a novelist and comedy writer.

His mother is either of Irish, mostly Irish, or around half Irish, ancestry. It is likely that the rest of Tom’s ancestry is English. Tom is married to actress Charlotte Riley. He has one child with his former partner, assistant director Rachael Speed; and two with Charlotte.

Tom’s maternal grandfather is Raymond “Ray” Barrett (who possibly was the son of Henry Robert Barrett and Beatrice May Outhwaite). Raymond was born in Stockton, Durham, England.