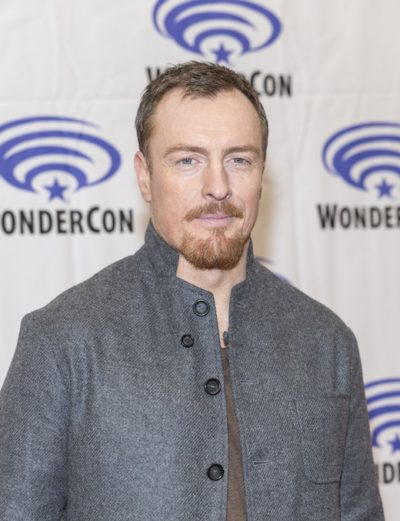 Toby Stephens is an English actor.

He is the son of actors Maggie Smith and Robert Stephens (Robert Graham Stephens). He is married to New Zealand actress Anna-Louise Plowman, with whom he has three children.

Toby’s paternal grandmother was Gladys Millicent Deverell (the daughter of Henry Charles Deverell and Maria Huntley). Gladys was born in Bristol, City of Bristol, England. Henry was the son of George Deverell and Mary Jane Hill.

Toby’s maternal grandmother was Margaret Hutton Little (the daughter of William Hutton and Martha Little). Margaret was Scottish, from Glasgow. Martha was the daughter of John Hamilton Little.