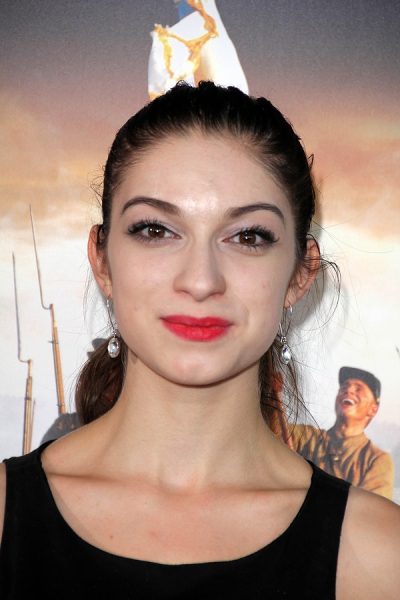 Meyer in 2014, photo by kathclick/Bigstock.com

Sydney Ozerov-Meyer, also billed as Sydney Meyer, is a Canadian actress. Her roles include the series Slasher: Flesh & Blood, V Wars, and Shadowhunters. Her father is a black South African and her mother is English, and white. Sydney is also a British citizen. A picture of Sydney with her parents can be seen here.

…my dad is Black and from South Africa. He came to Canada because he was born in South Africa when there was still Apartheid and it was not a good situation, so him and his family kind of fled and came to Canada… [My mom]’s like blonde hair and blue eyes, as fair as can be… I’m mixed – I don’t look it, I’m clearly very white passing. For me it’s always been something that’s been so close to my heart that that’s part of my heritage and part of where I come from… [With Slasher], it was this mixed character that was kind of white passing… caught in between these two worlds. I thought that was so exciting that I was going to play this mixed character for once.