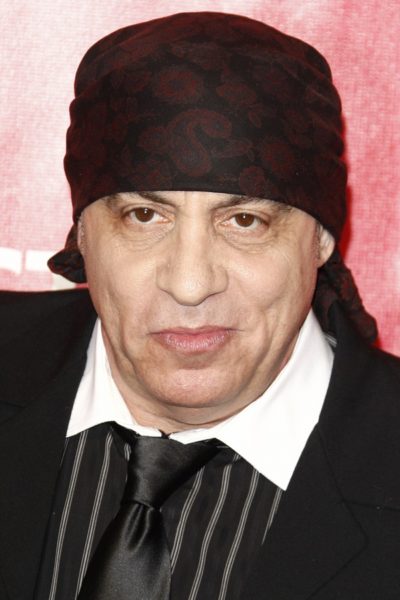 Van Zandt in 2012, photo by kathclick/Bigstock.com

Steven Van Zandt, also known as Little Steven or Miami Steve, is an American musician, songwriter, arranger, record producer, actor, and radio disc jockey. He is a member of E Street Band, along with Patti Scialfa and Bruce Springsteen.

Lento is the maiden name of his mother Mary. He took the last name of his stepfather, William Brewster Van Zandt. His half-brother is actor, playwright, and producer Billy Van Zandt. Billy is married to actress and author Adrienne Barbeau.

Steven has said, “Though my last name is Dutch, I’m 100 percent Italian.”

His wife, Maureen Van Zandt, acted in several episodes of The Sopranos, playing the wife of his character, Silvio Dante.

Steven’s maternal grandmother was Ida/Adelaide Pepe (the daughter of Pasquale Pepe and Angelina/Angiolina Petrillo). Ida was born in Massachusetts, to Italian parents.

Sources: Genealogy of Steven Van Zandt (focusing on his mother’s side) – http://wc.rootsweb.ancestry.com