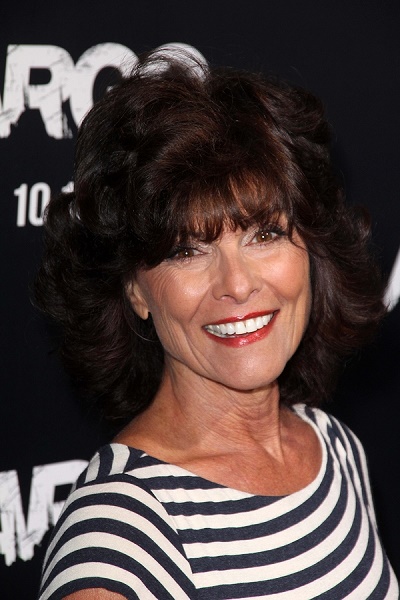 Barbeau in 2012, photo by kathclick/Bigstock.com

Adrienne Barbeau is an American actress, singer, and author. Her roles include The Fog (1980), Creepshow (1982), and Carnivàle, among many other films and series.

Her father was of three quarters German, one eighth French, and one eighth Irish, ancestry. Her mother was of Armenian descent. Adrienne is married to actor, playwright, and producer Billy Van Zandt. Adrienne has a son, Cody, with her former husband, director, writer, and composer John Carpenter; and two children with Billy. Billy’s half-brother is musician and actor Steven Van Zandt.

Adrienne’s paternal grandfather was Louis Albert Barbeau (the son of Joseph Barbeau and Mary Gaske). Louis was born in Minnesota. Joseph was the son of Georges Barbeau, who was French or French-Canadian, and of Marguerite O’Brien, who was Irish. Adrienne’s great-grandmother Mary Gaske was German.

Sources: Genealogies of Adrienne Barbeau (focusing on her father’s side) – http://wc.rootsweb.ancestry.com
https://www.geni.com