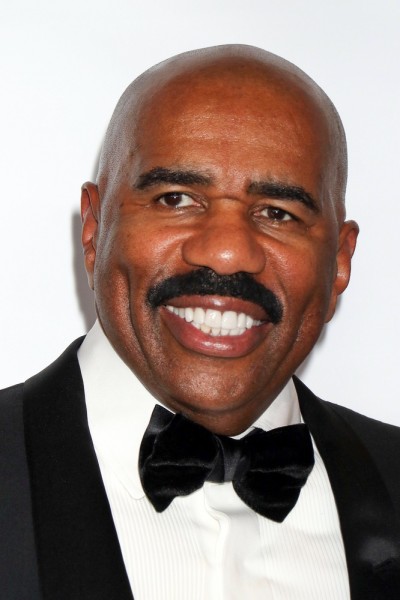 Harvey in 2015, photo by Prphotos.com

Steve Harvey is an American television presenter, comedian, actor, broadcaster, author, game show host, and businessperson. He hosts the television shows Family Feud, The Steve Harvey Morning Show, and Steve Harvey. He is the son of Eloise Vera (Canner) and Jesse “Slick” Harvey, a coal miner. His father was born in Alabama. During his childhood, Steve’s family moved to Cleveland, Ohio.

Steve is married to Marjorie Bridges. He has three children with his first wife Marcia Harvey; a son with his second wife Mary Shackelford; and adopted his wife Marjorie’s three children, including model and influencer Lori Harvey.

Steve’s paternal grandfather was named John Harvey (the son of John Harvey, and of a woman whose surname was Haig). Steve’s grandfather John was born in Alabama.