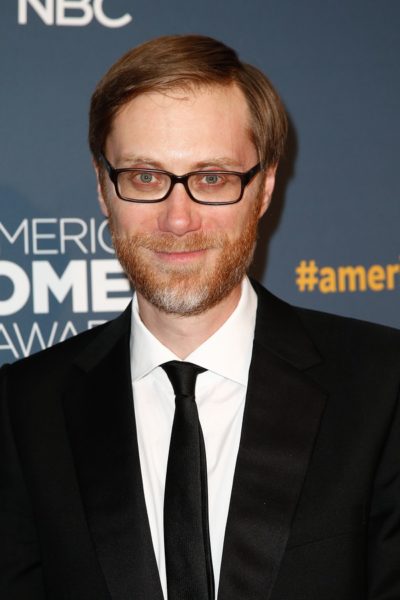 Merchant in 2014, photo by Debby Wong/Bigstock.com

Stephen Merchant is an English comedian, writer, director, actor, and presenter. He is known for co-creating and co-directing The Office, Extras, Life’s Too Short, and Hello Ladies, which he also starred in, and for his roles in the films Hall Pass, Logan, Table 19, and Good Boys. His sister is art director Alexandra Merchant.

Stephen’s paternal grandfather was John A. Merchant (the son of Ernest Merchant and Eliza Gregory). John was born in Bristol, Gloucestershire, England. Ernest was the son of John Merchant and Sarah. Eliza was the daughter of William Thomas Gregory and Dorcus Bye.