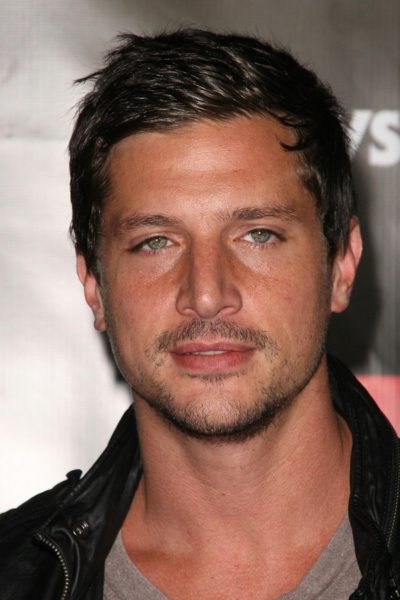 Simon Rex is an American actor, rapper, comedian, VJ, and model. In his rap persona, he is known as Dirt Nasty, and co-founded the hip-hop group Three Loco. His acting roles include the Scary Movie films, The Forsaken, and Red Rocket.

Simon is the son of Zoe and Paul Cutright. He has described himself as Jewish. His father, who is from the American South, has English ancestry. His mother is Jewish.

Simon’s maternal grandfather was Harold Yood (the son of Benjamin Yudelovitch/Yood and Fannie Kowal). Harold was born in New Jersey, to Russian Jewish parents. Benjamin was the son of Abraham Aaron Yudelovitch, who was born in Navahrudak, Grodno Region, Belarus, and of Ester/Esther Epstein.

Simon’s maternal grandmother was named Evelyn Weiner (the daughter of Lewis Weiner and Yetta). Evelyn was born in New Jersey, to a Lithuanian Jewish father and a Russian Jewish mother. Lewis was the son of Tzadek Weiner and Basha “Bessie” Fendell.

Sources: Genealogy of Simon’s mother (focusing on her father’s side) – https://www.geni.com