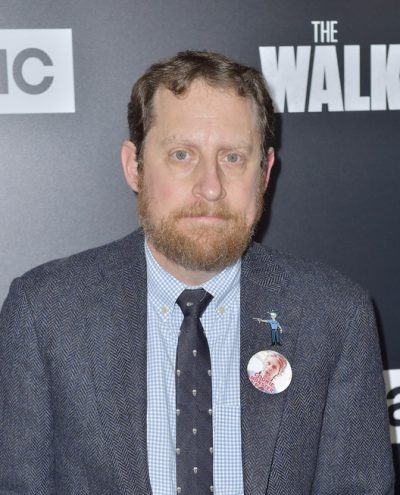 Scott M. Gimple is an American television and comics writer.

Scott’s parents are Jewish. Scott is married to Julia Wackenheim, with whom he has one child.

Scott’s paternal grandfather was David Gimple (the son of Anna Turk). David was born in New York, to parents from Russia.

Scott’s maternal grandmother was Ruth L. Duber (the daughter of Samuel Duber and Rebecca Schuster). Ruth was born in Ohio, to a father from Russia and a mother from Galicia, Austria/Poland.