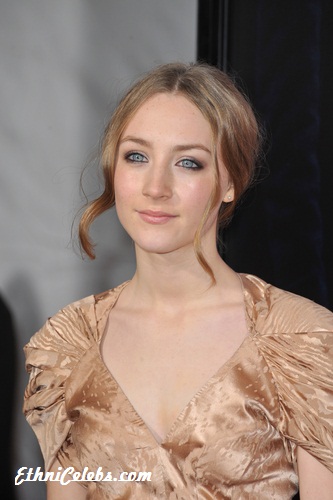 Ethnicity: Irish, as well as small amounts of English and Scottish

Saoirse Ronan is an Irish, and American, actress. Her many roles include Atonement, Brooklyn, Hanna, and Ladybird.

She was born in The Bronx, New York City, to Irish parents, Monica Bernadette (Brennan) and Paul Ronan (Paul Anthony Ronan), an actor. At the time, her parents were undocumented immigrants to the U.S. They moved back to Ireland soon after, and she grew up in Dublin, Dublin suburb Howth, and Ardattin in Carlow. Her name Saoirse is pronounced SUR-shə. She has stated that, in the Irish language, Saoirse means “freedom,” while her middle name, Úna, means “unity.”

Saoirse has citizenship in both the U.S. and Ireland. Her father was born in Manchester, England, of Irish origin. Her mother is Irish, and also has small amounts of English and Scottish ancestry.

Saoirse’s maternal grandfather was Matthew Brennan (the son of James Brennan and Alice Walsh). Matthew was born in Dublin. James was the son of Richard Brennan and Mary Anne/Ann McCormick. Alice was the daughter of Nicholas Walsh and Alice McCarthy.

Saoirse’s maternal grandmother was Philomena Herbert (the daughter of Harry Walter Charles Stait, later Charles Vincent Stait Herbert, and of Margaret Mary Sweeney). Philomena was born in Dublin. Charles was the son of an English emigrant, Harry Stait, of Birmingham, Warwickshire, and of a Scottish emigrant, Sarah Jane Ivens, of Bothwell, Lanarkshire. Margaret was the daughter of John Sweeney and Maria Murphy.

Sources: Genealogy of Saoirse Ronan (focusing on her father’s side) – https://www.geni.com

Genealogy of Saoirse Ronan (focusing on her mother’s side) – https://www.myheritage.com