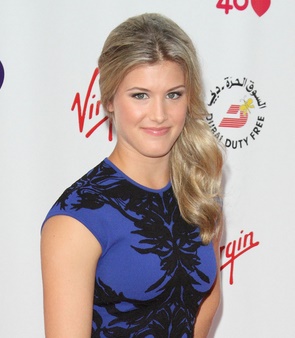 Eugenie Bouchard is a Canadian professional tennis player. She is the daughter of mother Julie Leclair and father Michel Bouchard. She has a fraternal twin sister, Beatrice, who is six minutes older. Eugenie speaks both French and English.

Eugenie’s paternal grandfather is Gilles Bouchard (the son of Gerard Bouchard and Rollande Monte). Gerard was the son of Alphonse Bouchard and Georgiana Girard. Rollande was the daughter of Octave Monty and Marie Lacasse.

Eugenie’s maternal grandfather is Dorval Leclair (the son of Lorenzo Leclair and Gertrude Levesque). Lorenzo was the son of Edmond Leclair and Josephine Leclair. Gertrude was the daughter of Joseph Levesque and Adeline Adam.