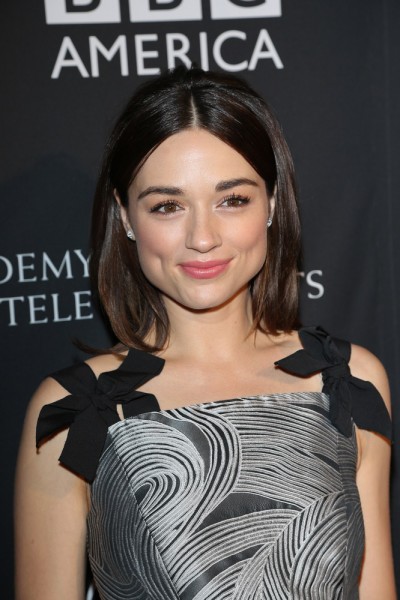 Crystal Reed is an American actress and model. She is known for her roles on the series Teen Wolf and Swamp Thing, and in the film Ghostland.

She is the daughter of Christine and Stephen Reed.

Her then-boyfriend had stated that she is “half-Polish, half-Native American.” It is not clear if this Native American ancestry has been verified/documented. Crystal’s mother is likely of Polish descent.

Crystal’s paternal grandfather was Robert Estil Reed (the son of Asa Tucker “Acey” Reed and Amanda Melvina Stapleton). Robert was born in Kentucky. Asa was the son of John Casner Reed and Percilla/Priscilla Dunn/Duncan. Amanda was the daughter of Silas Stapleton and Nancy Jane Johnson.