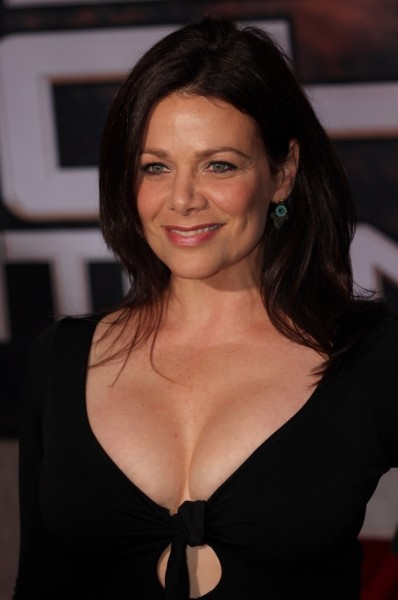 Salenger in 2009, photo by prphotos

Meredith Salenger is an American actress.

Meredith is married to actor, comedian, and writer Patton Oswalt.

Meredith’s paternal grandfather was Saul/Solomon A. Salenger (the son of Charles Salenger and Tillie/Tsirl/Selie Weintraub/Vaintraub). Saul was born in New York, to Romanian Jewish parents. Charles was the son of Elachia Salinger and Beckie Idinger. Tillie was the daughter of Max/Manasa/Manasca Vaintraub/Weintraub and Molly/Malke/Mollie Tewartz/Schwartz.

Meredith’s maternal grandfather was Reuben Miller (the son of Leo Miller and Dora Schwinger). Reuben was born in Ohio, to Austrian Jewish parents. Leo was the son of Samuel Miller and Mollie. Dora was the daughter of Marcus Schwinger and Anna Tass.

Meredith’s maternal grandmother is Betty/Beverley Selma Bush (the daughter of Joseph Michael Bush and Minnie Kallick/Kallich). Betty was born in Illinois, as were her parents, while all of her grandparents were Jewish emigrants from the Russian Empire. Joseph was the son of Benjamin Bush and Ella Passman/Pasmonic, who was from Vilna, Lithuania. Minnie was the daughter of Benjamin Kallick and Jenny/Jennie Sedel.

Sources: Genealogy of Meredith Salenger (focusing on her father’s side) – https://www.geni.com