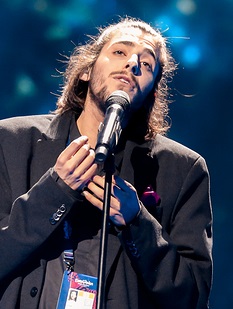 Sobral in 2017, photo by LightField Studios/Bigstock.com

Salvador’s patrilineal ancestry can be traced back to his twenty-fifth great-grandfather, Pelaio Guterres da Silva.

Salvador’s matrilineal ancestry can be traced back to his fourth great-grandmother, Elisa Adelaide Ferreira.