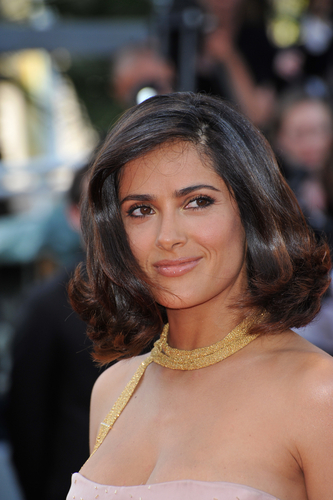 Salma Hayek, also credited by her married name Salma Hayek Pinault, is a Mexican and American actress, director, producer, and model. She is known for her roles in From Dusk Till Dawn, Frida, and Eternals, among many other works.

Salma was born in Coatzacoalcos, Veracruz, Mexico. Her father, Sami Hayek Dominguez, a businessperson, is of Lebanese descent. Her mother, Diana Jiménez Medina, an opera singer, is from a family from Oaxaca, Mexico. On Inside the Actors Studio (2004), Salma stated that her mother has Spanish ancestry.

The name Salma is Arabic for “calm” or “peace.” Her surname, Hayek, is a common Lebanese surname. Salma is fluent in both English and Spanish, and has starred in English- and Spanish-language films.

Salma is married to French businessperson François-Henri Pinault, with whom she has a daughter.

Salma’s paternal grandfather was Elias Hayek Labahi (the son of Amado Hayek and Aurora Labahi). Elias was born in Mexico City, to Lebanese parents, from Baabda, Mount Lebanon. Amado was the son of Jorge Hayek and Anastasia. Aurora was the daughter of José Labahi and Juana. 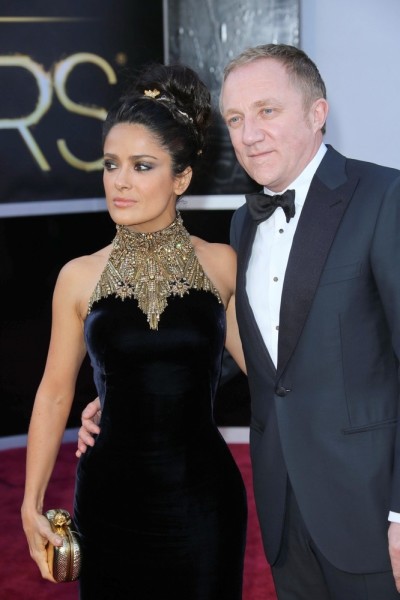 Hayek with husband François-Henri Pinault, in 2013, photo by Prphotos.com

Source: Genealogy of Salma Hayek (focusing on her father’s side) – https://www.geni.com