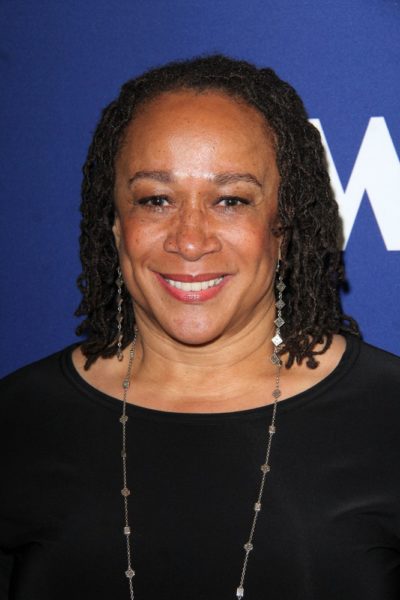 Her mother, Anna Bell (Bowen), was the only female in the Detroit vehicles operation unit of the U.S. Postal Service. Her father’s name was Zephry Merkerson.

Her middle name, Epatha, is from an influential teacher of her father’s.

S. Epatha’s maternal grandfather was Charlie Ezra Bowen (the son of Charlie Bowen and Anna Harris). Charlie was born in Louisiana. Anna was the daughter of William Harris and Keziah.

S. Epatha’s maternal grandmother was Pearl Mulmore (the daughter of Hawkless Mulmore and Easter/Ester Hawkins). Pearl was born in Louisiana. Easter was the daughter of Peter Hawkins and Martha Ann Butler. S. Epatha’s Hawkins ancestors were sold by Jesuits at Georgetown University to owners in Louisiana, as part of the 1838 Georgetown slave trade. The name of her great-great-great-great-grandfather, Isaac Hawkins (the father of her third great-grandfather Patrick Hawkins), was used to rename Isaac Hawkins Hall at Georgetown. Isaac and his name represent the entire group of 272 slaves, as his name was first on the list of slaves sold.