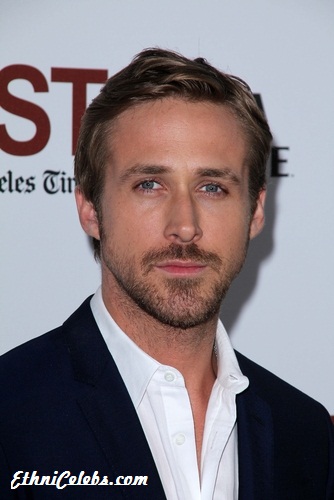 Ryan Gosling is a Canadian actor, writer, director, musician, and producer. His roles include Young Hercules, Remember the Titans, The Believer, Murder by Numbers, The Notebook, Fracture, Blue Valentine, All Good Things, Crazy, Stupid, Love, Drive, The Ides of March, The Place Beyond the Pines, Only God Forgives, The Nice Guys, La La Land, Blade Runner 2049, and First Man.

He is the son of Donna and Thomas Gosling. Ryan was raised in a Mormon (Latter Day Saint) family. He has two children with his partner, American actress Eva Mendes.

Ryan is the first person born in the 1980s to have been nominated for the Academy Award for Best Actor (for Half Nelson, 2006), and thus could be considered the first millennial to have done so.

Ryan’s paternal grandmother was Mary Yvette Brown (the daughter of Joseph Brown and Mary Ann/Marie-Anne Bélaire). Ryan’s grandmother Mary was born in North Glengarry, Stormont, Ontario. Joseph was the son of Frederick/Frederic/Fred Brown, an English immigrant, and of Rosanna/Rosie/Rose Anna Proulx, who was born in St. Eugene, Prescott and Russell, Ontario, of mostly French-Canadian ancestry. Ryan’s great-grandmother Mary Ann was the daughter of Julien/Julian/Jules Olivier Bélaire/Belair and Matilda/Mathilda/Mathilde/Exelda Séguin, and also had French-Canadian ancestry.

Ryan’s matrilineal line can be traced to Catherine Guyard, who was born, c. 1639, in Paris, France, and to Catherine’s mother, Madeleine Venne.

Genealogy of Ryan Gosling (focusing on his father’s side) – http://famouskin.com