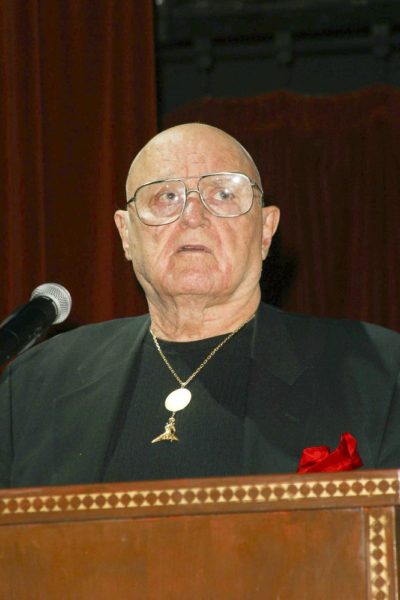 Rod Steiger was an American actor. He won the Academy Award for Best Actor for In the Heat of the Night (1967).

He was the son of Augusta Amelia (Driver) and Frederick Jacob Steiger, who were vaudevillians. He had German and Austrian/Moravian ancestry. Rod was raised by his mother in Newark, New Jersey. He had a daughter, opera singer Anna Steiger, with his former wife, British actress Claire Bloom; and a son with his former wife, Paula Ellis.

Rod’s paternal grandfather was Frederick J. Steiger (the son of Jacob Steiger and Freida Gehrbach). Frederick was born in Germany.

Rod’s paternal grandmother was Anna/Annie A. Libschick/Libshik (the daughter of Frank Libschik/Libshik/Lipschik and Maria/Marie/Mary Whisodil/Wisodil/Wissdil/Vychodil/Visogel). Anna was born in Austria, to a mother who was from Olomouc, Moravia, now in the Czech Republic.

Rod’s maternal grandparents were Frank Driver (possibly Frank Herman Driver) and Amelia/Amy Fesler or Titchler. They were likely both also of German origin.

Rod was sometimes described as having a Jewish father. However, Rod’s father does not appear to have been of Jewish heritage. Rod was also sometimes said to have French and Scottish ancestry. It is not clear if that is accurate.

Genealogy of Rod Steiger (focusing on his mother’s side) – https://www.geni.com