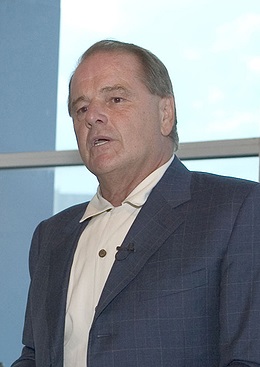 Gilbert in 2004, photo by Anthony Correia/Bigstock.com

Rod Gilbert was a Canadian professional ice hockey player. He was a forward. He played his entire National Hockey League (NHL) career with the New York Rangers. Rod was nicknamed “Mr. Ranger.”

Rod was the son of Alma and Gabriel Gilbert. He was married to Judith Christy, with whom he had four children.