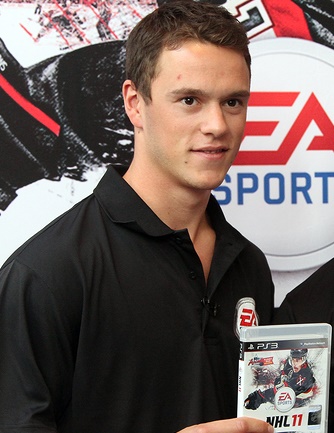 Toews in 2010, photo by Debby Wong/Bigstock.com

His maternal ancestors were Mennonites. They were ethnic Germans from Zaporozhia, Ukraine.

Jonathan’s paternal grandmother was Mary Norma Reimer (the daughter of Klaas S. Reimer and Sarah K. Dueck). Mary was born in Steinbach, Rural Municipality of Hanover, Manitoba, Canada, and was from a family of ethnic Germans, from Molotschna Colony, South Russia. Klaas was born in Manitoba, the son of Peter W. Reimer and Gottliebe Sharein. Sarah was the daughter of Johann R. Dueck and Margaretha P. Kroeker.

Sources: Genealogy of Jonathan Toews (focusing on his father’s side) – http://reidgen.com