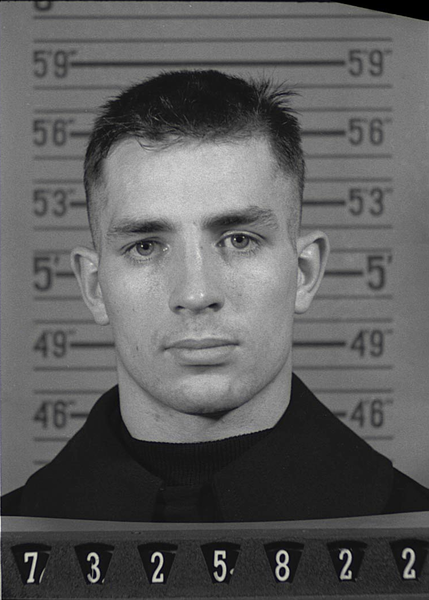 Ethnicity: French-Canadian [including distant Breton], as well as 1/32 English and 1/512 Portuguese

Jack Kérouac was an American novelist and poet. He is considered the father of the Beat Generation. His most famous work is the novel On the Road.

His parents, Marie Adeline Gabrielle (Lévesque) and Léo Alcide Kéroack, were French-Canadian, of St-Hubert-de-Rivière-du-Loup in the province of Québec, Canada. Jack spoke French until he learned English at age six, not speaking it confidently until his late teens. Jack was married to Stella Sampas, until his death. He had a daughter, writer Jan Kerouac, with his former wife, Joan Haverty.

Jack’s maternal grandfather was Louis Lévesque (the son of Pierre Lévesque and Marie Adéline Guy). Louis was born in St-Pacôme, Québec. Pierre was the son of Dominique Lévesque/Léveque and Marcelline Pearson, whose father was English, from London. Marie Adéline was the daughter of Stanislas Hypolitte/Hyppolite Guy and Adéline Thériault.