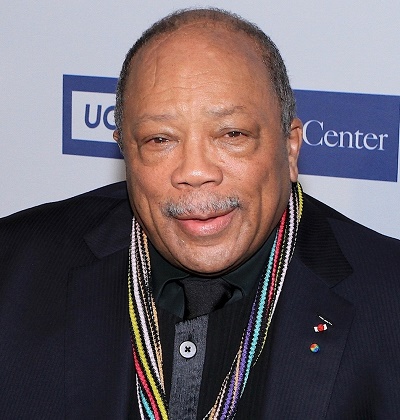 Ethnicity: African-American, with some English, Scottish, and Welsh

Quincy is of African-American (West African/Central African) ancestry, with some English, Scottish, and Welsh, heritage.

Quincy’s paternal grandmother was named Susannah/Susanna Burgess (the daughter of West Burgess and Adele, or of Osborne Burgess and Elizabeth). Susannah was born in South Carolina.

Quincy’s maternal grandfather was Love Adam Wells (the son of Nelson Wells and Sarah Campbell). Love was born in Mississippi.

Quincy’s maternal grandmother was Mary Belle Lanier (the daughter of James Balance Lanier and Cordelia Dickson). Mary Belle was born in Mississippi. James was white, and had mostly English, as well as Scottish and Welsh, ancestry; he was the son of Needham Burch Lanier and Eliza/Elizabeth Ann Warnock or Adams. Cordelia was the daughter of Henry Dickson and Minerva.

A DNA test whose results were displayed on the show African American Lives (2006) stated that Quincy’s genetic ancestry is: