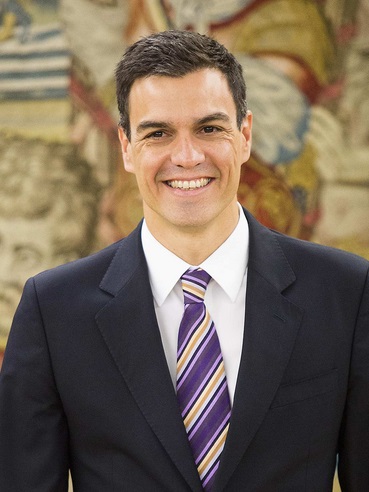 Prime Minister Sánchez’s father, Pedro Sánchez Hernández, is a socialist entrepreneur, and is from Anchuras, Ciudad Real. His mother, Magdalena Pérez-Castejón y Barrios, is a social security worker, and is from Puente Vallecas, Madrid, Madrid.

Source: Genealogy of Prime Minister Pedro Sánchez (focusing on his mother’s side) – http://www.euskalnet.net