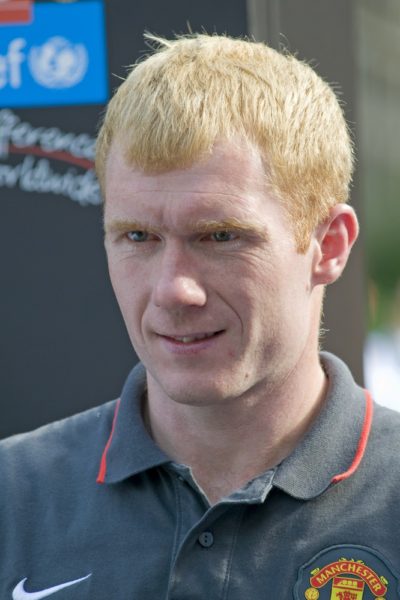 Scholes in 2010, photo by Prphotos.com

Paul Scholes is an English football coach and player. He spent his entire career at Manchester United, scoring 155 goals in 718 games.

Paul is the son of Marina “Marie” (Mooney) and Stewart Scholes. He is married to Claire (Froggatt), with whom he has three children.

About his background, Paul has stated:

On my mum Marie’s side, my Nana was from the Republic of Ireland and my Granddad was from the north. Lots of families in Manchester have strong Irish connections but it never occurred to me to play for anyone other than England.