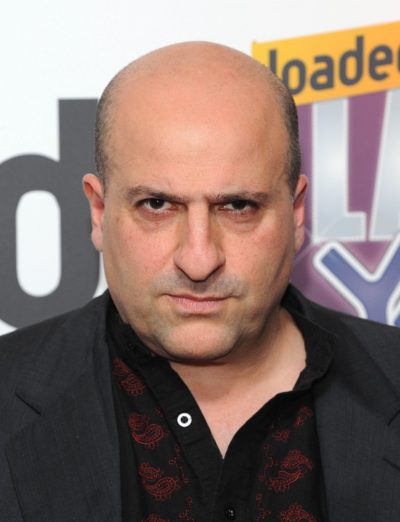 Djalili in 2011, photo by Prphotos

Omid Djalili is a British actor, comedian, and writer. His roles include the films The Mummy (1999), Sky Captain and the World of Tomorrow, Pirates of the Caribbean: At World’s End, and The Love Guru, as well as frequent appearances on British television.

He was born in Kensington, London, England, to Iranian parents. He is of the Bahá’í religion, and speaks fluent Persian. He is married to actress Annabel Knight, with whom he has three children.