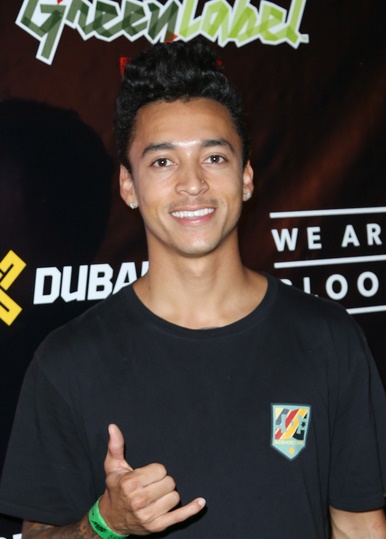 Nyjah Huston is an American professional skateboarder. He was the overall champion at the Street League Skateboarding (SLS) competition series for many years.

Nyjah is the son of Kelle and Adeyemi Huston. He stated in an interview that he has some Japanese ancestry. He has a tattoo in Japanese writing on his right forearm.

Nyjah grew up in Puerto Rico, where he lived on a farm under a strict Rastafarian upbringing.