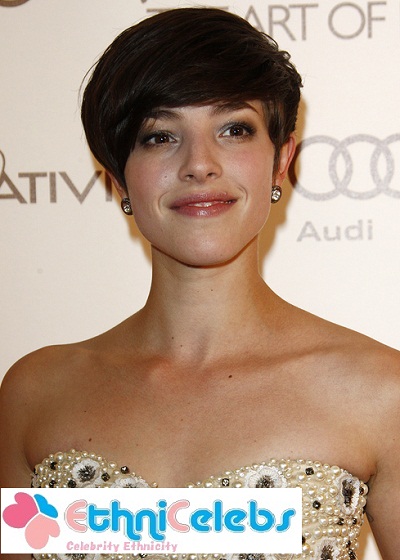 Thirlby in 2012, image via Joe Seer/Bigstock.com

Olivia Thirlby is an American actress. Her roles include Juno, The Wackness, Dredd, 5 to 7, and No Strings Attached, among many other films.

She is married to Jacques Pienaar.

Olivia’s paternal grandmother was Lucille Elizabeth Kauer (the daughter of Vencel Kauer and Rosamond Lucy Stanek). Lucille was born in Michigan, and was of Bohemian Czech descent. Vencel was the son of John Kauer and Alzbeta Zajic. Rosamond was the daughter of Joseph J. Stanek and Katharine Kozak.

Olivia’s maternal grandmother was named Leona Cimerberg (the daughter of Nojch Cimerberg and Zelda). Leona was born in Poland.

Sources: Genealogy of Olivia Thirlby (focusing on her mother’s side) – https://www.geni.com