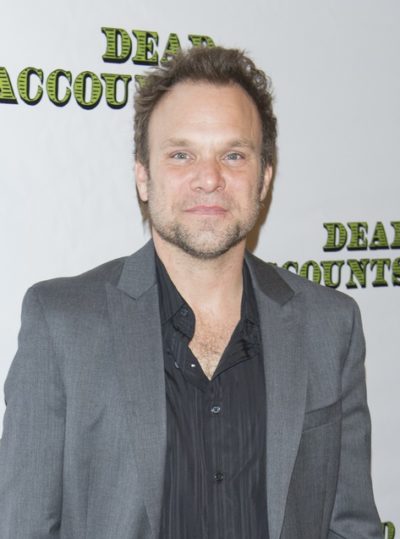 Norbert Leo Butz is an American actor and singer. He originated the role of Jamie Wellerstein in the musical The Last Five Years.

Norbert is the son of Elaine and Norbert Butz. His brother is actor Jim Butz. Norbert is married to actress Michelle Federer. He has two children with his former wife, and a daughter with Michelle.

Norbert’s paternal grandmother was Mamie Marie Kernweiss (the daughter of John Kernweiss and Maria Jost). Mamie was born in Missouri, to parents from Temesvár, Hungary (now Timișoara, Romania), who were likely ethnic Germans.

Norbert’s maternal grandfather was Leo Archibald Bourisaw (the son of Rousan Joseph Bourisaw and Henore Roussin). Leo was born in Missouri, and was of French-Canadian descent. Rousan was the son of Theodule/Todjular Bourassa and Hannah Boyer. Henore was the daughter of Louis Simeon Roussin and Felicia Thibault.

Norbert’s maternal grandmother was Margaret Shea (the daughter of Patrick Joseph Shea and Mary Ann Kenny). Margaret was born in Missouri, and was of Irish descent. Patrick was the son of Simon Shea and Hanora Grogan. Mary Ann was the daughter of Michael Kenny, who was born in County Cork, Ireland, and of Catherine Tracy, who was also Irish.