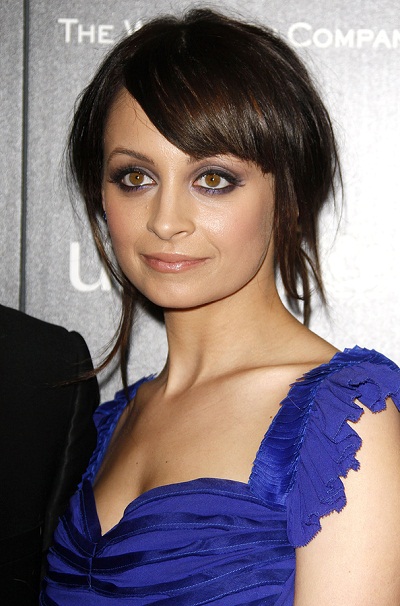 Nicole Richie is an American socialite, television personality, fashion designer, author, and actress. She became famous starring in the reality show The Simple Life, alongside Paris Hilton. She is married to musician Joel Madden, with whom she has two children.

Nicole was adopted by singer Lionel Richie. Her sister is model Sofia Richie (who is Lionel’s biological daughter).

Nicole’s biological father, Peter Michael Escovedo, was a band member of Lionel Richie’s band, and is a percussionist and musical director. Escovedo is of Mexican (including Spanish and Indigenous) and Louisiana Creole (including French, African, and distant English, ancestry) descent, and is the brother of singer, drummer, and percussionist Sheila E. (Sheila Escovedo).

Nicole’s biological mother, Karen Moss, is said to have been a backstage assistant of the band. Karen is likely black and/or mixed-race black. Nicole still keeps in contact with her biological mother.

Nicole’s biological paternal grandfather is Pete Escovedo (Peter Michael Escovedo, the son of Pedro “Peter” Escovedo Barrera and Anita L. Valenzuela). Pete was born in California, and is a percussionist. Pedro was a Mexican immigrant, from Saltillo, Coahuila, and had Spanish and Indigenous Mexican ancestry. Pedro’s parents were Manuel Escovedo Rodríguez and María Hipólita Barreda Escobedo. Anita was also of Mexican origin.

Source: Genealogy of Nicole Richie (focusing on her father’s side) – https://www.wikitree.com